Minna Partanen (1981) is a freelance drama educator, a performer and a director hailing from Finland. Partanen 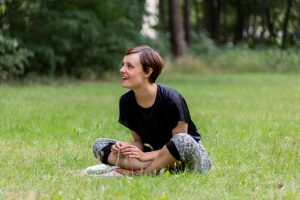 holds a BA in Performing Arts from Helsinki Metropolia. For the past five years she’s been based in Berlin, Germany. She is interested in devised work, socially engaged art and immersive theatre in non-traditional performance spaces. Currently she works as a Drama Educator at English Theatre Berlin | Performing Arts Center. She is a co-founder of a theatre pedagogical project International People’s Theatre Berlin and she makes her own artistic work with Wegmann + Partanen collective.

After a very successful first collaboration in 2016, Tenso Europe Chamber Choir asked Minna Partanen back in 2017 to coordinate the additional sessions for the singers. We hope to see her back in 2019 as member of the artistic staff.