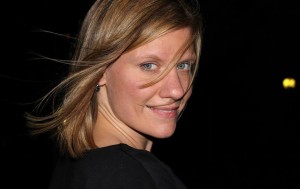 Madeline Ménager-Lefebvre studied Literature, Linguistics and Musicology at the Sorbonne and was a dance teacher before she dedicated herself to performing on stage. She graduated as a pianist and coach/accompanist at the Ecole Normale de Musique de Paris Alfred Cortot and as a soloist singer at the Paris Conservatory. During this time she completed her artistic training studying at the famous theater school « Cours Simon », in the class of D. Sztulman.

She has sung  the following roles at the Théâtre Montansier in Versailles (2008-2011): Noémie (Massenet’s Cendrillon) under Jean-Jacques Werner, Astrée (Colasse’s Astrée) under Patrick Bismuth, Contessa (Mozart’s Nozze di Figaro). In the same years she sang Micaëla (Bizet’s Carmen)under Léonard Ganvert (orchestra Les Concerts d’Athalie). Madeline Ménager-Lefebvre is since 2009 a member of the Arnold Schoenberg Choir in Vienna, Austria. On top of prestigious concerts under conductors like N. Harnoncourt, Daniel Harding, Sir Simon Rattle, Claudio Abbado, Philippe Jordan and many others, she actually sings all the opera productions at the Theater an der Wien, and works simultaneously as a soloist in France and Austria. In 2012 she sang Dido in Purcell’s Dido and Aeneas in Vienna (Palais Augarten) and the chorus solo part in Schumann’s Das Paradies und die Peri under Sir Simon Rattle at the Wiener Musikverein. She recently performed a spoken role in the new production of Berlioz’s opera Béatrice et Bénédict at the Theater an der Wien (Kasper Holten/Leo Hussain-ORF).