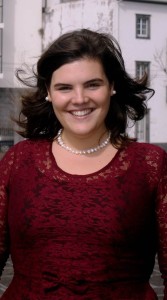 In 2011 Leonor graduated in singing at the School of Arts of the Portuguese Catholic University with António Salgado and Sofia Serra, where she is currently finishing her Master degree. She also has a diploma in Violin and Singing at the Music Conservatory of Coimbra (2008) and studied law for three years at the University of the same city.
Since 2011 she is part of the main formation of “Coro Casa da Musica” working under the direction of Paul Hillier where she has also had the opportunity to work with Laurence Cummings, Robin Gritton, Christoph König, and others. She is also part of Capella Duriensis under the musical direction of Jonathan Ayerst
The 25 years old soprano has sung repertoire such as Puccini’s “Zita” (Gianni Schicchi) and “Suor Angelica” (Suor Angelica), Pergolesi’s “Serpina” (La Serva Padrona), Gluck’s “Euridice” (Orfeu and Euridice), and as a soloist in Arvo Pärt’s “Passio secundum Johannem”, J.S.Bach’s “St. John’s Passion”, Mozart’s “Requiem”, amongst others. She recently performed a recital of German and French songs with tenor João Sebastião and pianist Jonathan Ayerst at Casa da Musica.
She has participated in masterclasses in Portugal and abroad between 2010 and 2013 in Oxford, Sion (Switzerland), Salzburg, Vienna  and Osnabruck (Germany) working with Catherine Wyn-Rogers, Susan MacCullogh, Laura Sarti, Anna Tomowa-Sintow, Janet Perry, Rudolf Piernay, Elisabete Matos and Susan Waters.
Scroll to top