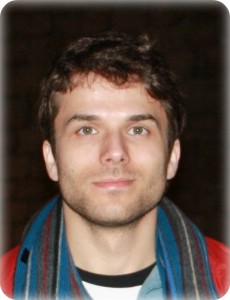 From 2002 to 2007 Nuno studied singing in Coimbra’s Music Conservatory with Isabel Melo e Silva as his main teacher. At the same time he studied at Escola Superior de Educação de Coimbra and also concluded his degree in Elementary Level Musical Education in 2007. Nowadays he is a third year senior student in Music at Universidade de Aveiro. He has participated in masterclasses with Ana Ester Neves, José Oliveira Lopes, António Salgado and Pierre Mak.

He is a singer in the vocal group Ad Libitum and has collaborated with other ensembles such as Capela Gregoriana Psalterium, Ensemble Vocal ADARTE and Capela Duriensis in Oporto. He is also a founding member of the Vocal Group CantArte and member of the Ópera de Coimbra.

He has performed several opera roles such as Orpheo in Gluck’s Orpheo and Euridice and Damon in Händel’s Acis and Galatea. He has also been a soloist in Fauré’s Requiem, in Mozart’s Missa Brevis in F major and Missa in D minor and in Schumann’s Spanische Liebeslieder.