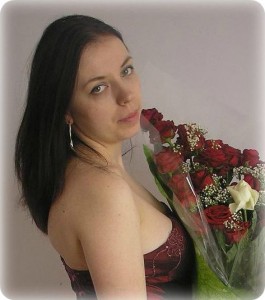 The Romanian mezzo-soprano Mirabela Castillo graduated at the University of Arts George Enescu (Iaşi, Romania) in Choir conducting (2006) and singing (2007). After finishing her Master’s degrees (2008 and 2009) she became PhD student at the same university. In 2011 she obtained a scholarship in the Centre de Perfeccionament Plácido Domingo (Valencia, Spain) where she participated as soloist and choir singer in different opera performances, collaborating with musical directors such as Plácido Domingo, Andrea Battistoni and Juan Luis Martinez and working under the artistic direction of Jean-Louis Grinda, Ruggero Raimondi, Philipp Himmelmann and Jose Manuel Zapata. During the 2011-2012 season she collaborated with renowned Spanish artistic institutions such as Opera Les Arts (Valencia), Teatro Real Madrid and ORCAM. This year she was invited to Austria to sing with The Chamber Choir of Europe and in July she will participate in the summer classes of the International Festival of Choral Music in Saint Petersburg, Russia. Currently, she is working as a lyrical artist in the Professional Choir Gavriil Musicescu of Moldova Philharmonics.