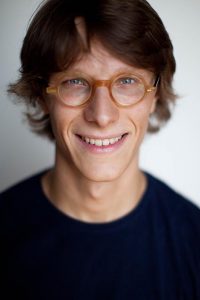 t the Conservatorio of Trieste. In 2013 he graduated in jazz drums at the Scuole Civiche of Milan; in the same year he graduated in Economics for Arts, Culture and Communication at the Bocconi University in Milan.
He is an active drummer and percussionist with several bands and he has played with many musicians such as Giovanni Falzone, Gianpaolo Casati, Enrico Zanisi, Liutauras Janusaitis, Russ Spiegel, Luca Dell’Anna, Selton, Virtuosi del Carso (band of Paolo Rossi). In 2014 he recorded the album “Electribute” with the jazz/rock band Loosebites featuring Giovanni Falzone. In the same year he recorded the album “What are you looking for?” with the irish folk band Wooden Legs.
Anselmo Luisi has studied with some of the best percussion coaches at international level (Keith Terry, Fernando Barba, Leela Petronio, Jep Melendez). He has been teaching and giving body percussion workshops for several years.
He has taught in many musical and dance schools in Italy with Daniel Plentz and in China at the Contemporary Music Institute of Zhuhai. He is currently teaching regular body percussion classes at the Atelier Teatro Fisico in Turin and at the Adiacademy in Monza.