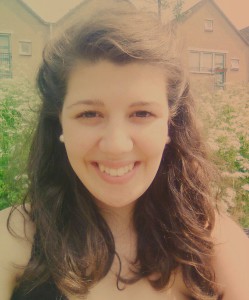 Ana Maria Lopes (Portugal,1993)  enrolled at Orfeão de Leiria Conservatório de Artes at the age of 15 where she started her singing studies with Susana Teixeira. From 2009 to 2012 she attended the Professional Course in Piano at the same Conservatory. At the age of 19 she started the Bachelor in Classical Singing at Universidade de Évora with Liliana Bizineche. Currently she is studying Classical Singing with Lenie van den Heuvel at the Koninklijk Conservatorium in The Hague.

Ana was member of several amateur choirs in Portugal such as the Orfeão de Leiria, Colliponensis chamber choir and Choir of University of Évora. She was also part of the female choir Ninfas do Lis and the Ensemble Eborensis.

In 2013 she participated in the project “Gulbenkian Youth Choir” with the direction of Paul McCreesh, Greg Breadsell and Rachel Joy Staunton and in the XVI Jornadas da Escola de Música da Sé de Évora with Owen Rees, Paulo Lourenço, Pedro Teixeira and Armando Possante. She had the opportunity to participate in three Cd’s recording with Coro Ninfas do Lis and Schola Ensemble Eborensis.

Recently, she had the opportunity to have lessons with Ann Hallenberg , Dorothee Mields and Noa Frenkel. Ana was part of a project where she could sing “Universe Birds” and work with the composer Hans Abrahamsen. She sung in the choir of “Don Giovanni” by Mozart in a production of Dutch National Opera Academy and also in the choir of “Suor Angelica” by Puccini.