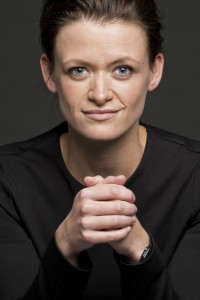 Ingeborg Højlund (Denmark, 1985) is a conductor and singer educated at The Royal Academy of Music, Aarhus in 2015. She has a master in choral and ensemble conducting and a bachelor in singing. She is a musician that enjoys to work with different types of projects. Most recently she has been singing as a soloist in Jakob Buchanans Requiem – a jazz requiem, which was also released in 2015.

Ingeborg has since 2010 been singer and arranger in the Danish/Norwegian ensemble Psalmodie, which works with Nordic hymns and folksongs. She regularly sings with both Concert Clemens and Vokalensemblet GAIA.  As a conductor, Ingeborg has worked in masterclasses with Kaspars Putniņš and Paul Hillier, conducting Ars Nova Copenhagen and DR Vokalensemblet.