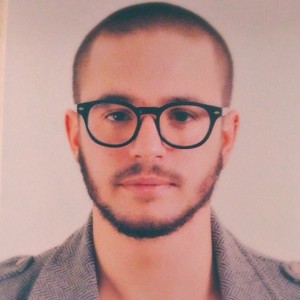 Born in Lisbon, Portugal in 1991, João was influenced by the work of his parents, both music teachers, since an early age. He started his musical studies at the age of 3, at Escola de Música de Alfornelos, where he is now teaching Solfege and Choir since 2007. From 2002 to 2010 João continued his studies at the Conservatório de Música D. Dinis, where he studied piano, along with music theory and ensemble singing.
In 2010 he enrolled at Escola de Música do Conservatório Nacional, where he studied singing with Nuno Villalonga for two years. Currently, João is in the second year of the bachelor programme of Choral Conducting/Musical Training at Escola Superior de Música de Lisboa, where he is a member of the Chamber Choir since 2012. In 2013 he had the opportunity to study at the Kodály Institute in Kecskemét, Hungary, as an Erasmus student.
João has been perfecting his skills as an ensemble singer as member of the choir Regina Caeli and the Ensemble Vocal Desafinados, focusing on Portuguese a cappella repertoire. In 2013 he went to Turkey to perform Mahler’s 8th Symphony with Bilkent Symphony Orchestra as member of Escola Superior de Música de Lisboa Chamber Choir.
As a composer for vocal ensemble, João premiered his piece ‘Dorme, meu filho’ for 5 voices in Kecskemét, Hungary in November  2013. Further works of his will be sung by the Ensemble Vocal Desafinados in the upcoming season.
His interest in non-classical repertoire led him to develop the group Vox to Box, a 5-part male vocal ensemble specializing in arranging and singing pop music.
Recently, João sung in the choir of Orfeo e Euridice by Glück, in a production with the baroque orchestra Divino Sospiro and the Portuguese National Ballet Company, in Lisbon.