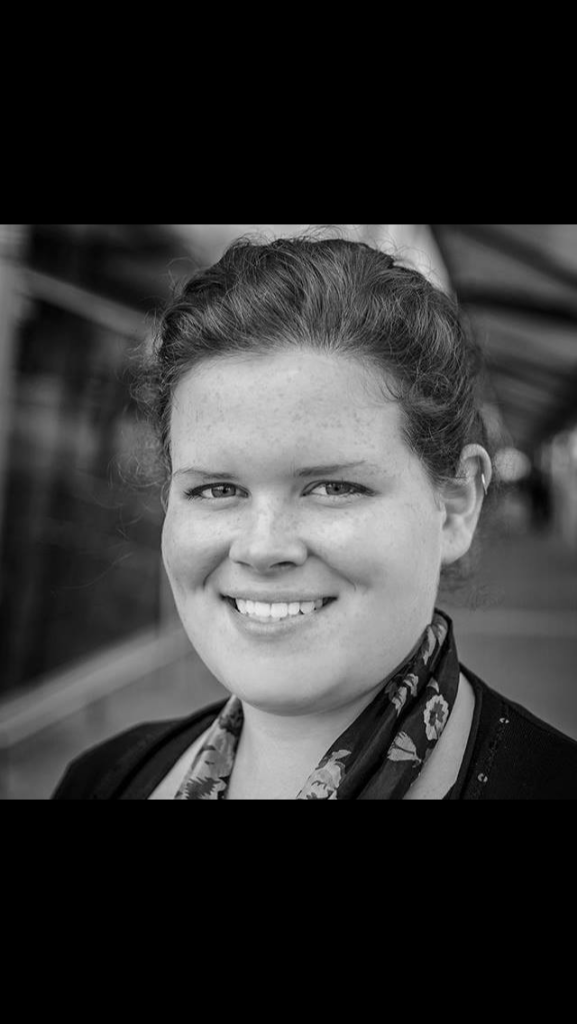 Sarah Skerritt (Ireland, 1991) recently received her Bachelors degree with Honours in vocal performance and pedagogy from the Conservatory of Music and Drama, Dublin. Her choral experience began at the age of nine with the Galway Choral Association, with director Mark Keane. As a member, she travelled extensively both in Ireland and abroad. It was in this period that she fell in love with choral music.

In 2012, she was invited to join the internationally acclaimed choir New Dublin Voices under the direction of Bernie Sherlock with whom she received private instruction in conducting. During her second year of studies, she founded a Community Choir with Waterways Ireland on the recommendation of Mairéad Hurley (Head of Vocal, Opera and Drama Studies). She directed and conducted the choir for the following four years. Together, they performed on many occasions at prestigious events such as Dublin Docklands’ Festival.

As soloist, Sarah’s repertoire includes works such as Kodály’s Missa Brevis, Pergolesi’s Magnificat and Stabat Mater, Handel’s Messiah and Fauré’s Requiem. She has performed many solos with Galway Choral Association, under Norman Duffy and Culwick Choral Society under Bernie Sherlock. She has conducted choral works including Britten’s A Ceremony of Carols and Schubert’s An die Sonne. Orchestral works conducted include Beethoven’s First Symphony and Debussy’s Petite Suite.

In September 2014, she relocated to Hungary in order to attend the Kodály Institute, Kecskemét of the Liszt Ferenc Academy of Music. Among many subjects, she is specialising in Advanced Choral Conducting under Professor Peter Erdei.