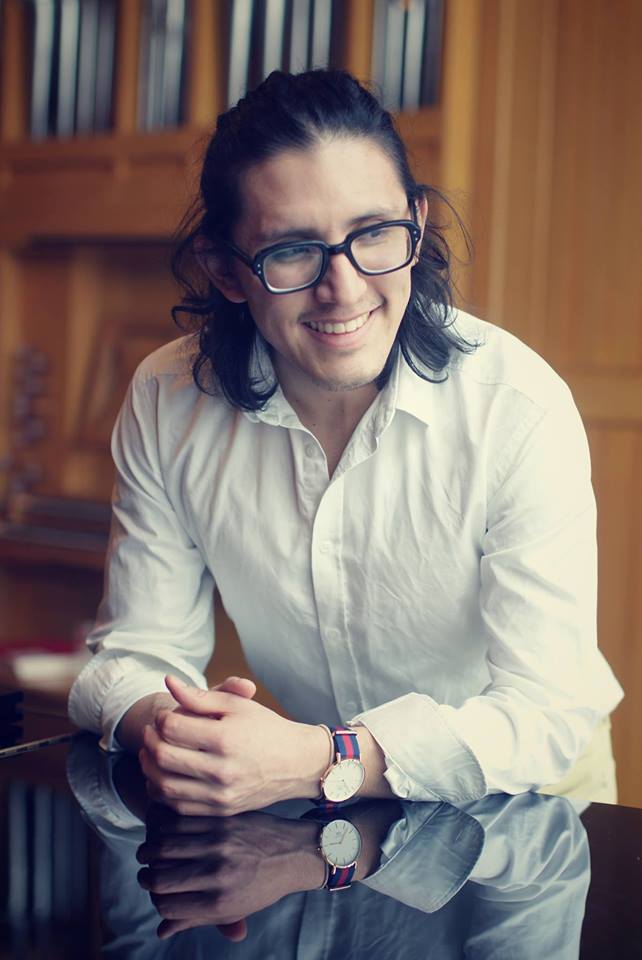 Adrian Lara (Perú,1987) has been singing for many years, both as a chorister and as soloist. In Perú he studied philosophy and music aesthetics until he came to Norway (2012) and decided to study music. He began a bachelor classical singing at the Norwegian Academy of Music (NMH) where he still studies with Mona Julsrud and Folke Bengtsson, recently mostly working on the repertoire of the early baroque era. In his personal project Nousikk he tries to develop the idea of “common musical intuition of life” by combining improvisation and contemporary music in chamber music performances. He recently founded a baroque ensemble called “Amore Torna” together with other students at NMH.

When Adrian was 11 years old, he started singing in the National Children Choir of Peru (CNNP) and after that he has never stopped, being part of diverse projects (male choirs, opera choirs, jazz vocal ensembles, etc). Since he moved to Norway he has been part of Schola Cantorum and since two years, of the Norwegian Youth Choir.