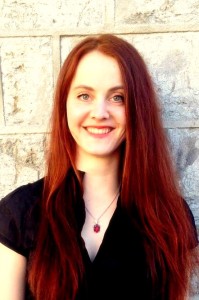 Karin Helstein (1986) started her musical education with piano studies as a child. Singing has also been in her life since childhood. After high school she started studying singing in H. Elleri Tartu Music School where her teacher was Vivian Kallaste. In 2013 she gained a Bachelor’s degree in singing in Estonian Academy of Music and Theater with Taavi Tampuu as her main teacher. At the moment she continues with the same teacher in Master’s program.

She has sang in the school choirs both as a chorister and soloist. In 2009 she sang in the German-Scandinavian Music Week festival choir. In 2012 she sang for a short period in chamber choir Voces Musicales. She has sang soprano solos in Franz Schubert’s Mass in E flat major, Gabriel Fauré’s Requiem and in various smaller pieces. Currently she is a chorister in Daniel Slater’s production of Tannhäuser in Estonian National Opera.