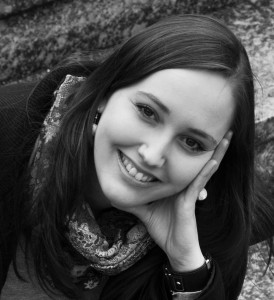 Mirjam Scheider (Germany, 1985) received her first organ lesson at the age of nine. At the age of 12 she was appointed organist at her local (Protestant) Church. In 2006 she began her studies church music at the ‘Hochschule für Kirchenmusik’ in Heidelberg; in 2008 she moved to Stuttgart to complete this course at the University of Music and Performing Arts, under the tutelage of Prof. Dr. Ludger Lohmann (Organ) and Prof. Dieter Kurz (Choral Conducting).

Since 2011, Mirjam has continued her studies in Choral Conducting in Stuttgart with Prof. Denis Rouger, Prof. Johannes Knecht and Prof. Richard Wien. She completed her Bachelor’s degree in Choral Conducting in July 2013, and is currently studying towards her Master’s degree. In addition, she has taken part in various masterclasses by many renowned conductors, including: Prof. Hans-Christoph Rademann, Kaspars Putniņš, Prof. M. Alber, Prof. W. Schäfer, Prof. M. Schuldt-Jensen, Nicole Corti (Lyon), and Bernard Tétu (Lyon).

She has worked as conductor for a number of choirs in the Stuttgart region; these include the Andreaskantorei (Stuttgart-Obertürkheim), Gesangverein Eintracht (Effringen), and the Protestant Children’s choir (Esslingen/Sulzgries). Currently, she is Assistant Choral Conductor for the children’s choir at the Opera house (Stadttheater) in Pforzheim, as well as regularly assisting in rehearsals for the Stuttgart Philharmonia Choir under the direction of Prof. J. Knecht.

As a singer, Mirjam sings alto for various chamber choirs in Baden-Württemburg and is a founding member of the vocal sextett ‘Klangkunst’ www.ensemble-klangkunst.de.