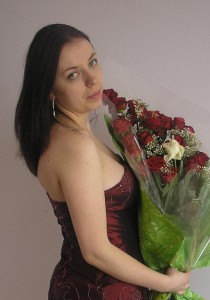 Romanian Mezzo-soprano Mirabela Castillo graduated from University of Arts „George Enescu” (Iaşi, Romania) in Choir Direction (2006) and Canto (2007). After finishing her Master degrees (2008 and 2009) she became PhD student in the same University (2009). In 2011 she obtained a scholarship in Centre de Perfectionament „Placido Domingo” in Valencia (Spain) where she participated as Soloist and Choir Singer in different opera´s performances. From 2011 she collaborates as a Choir Singer with famous Spanish artistic institutions such as Opera Les Arts from Valencia, Teatro Real Madrid and ORCAM. In 2013 she was invited to Austria and Germany to sing with The Chamber Choir of Europe and new scholarships brought her to the International Festival of Orthodox Music in Saint-Petersburg, Russia and Eurochoir 2013 in Pecs, Hungary. She is also part of the Tenso family thanks to the scholarship in Latvia singing with Tenso European Chamber Choir in 2013. Currently, she is working as Lyric Artist in the Professional Choir „Gavriil Musicescu” of „Moldova” Philharmonics Iasi.